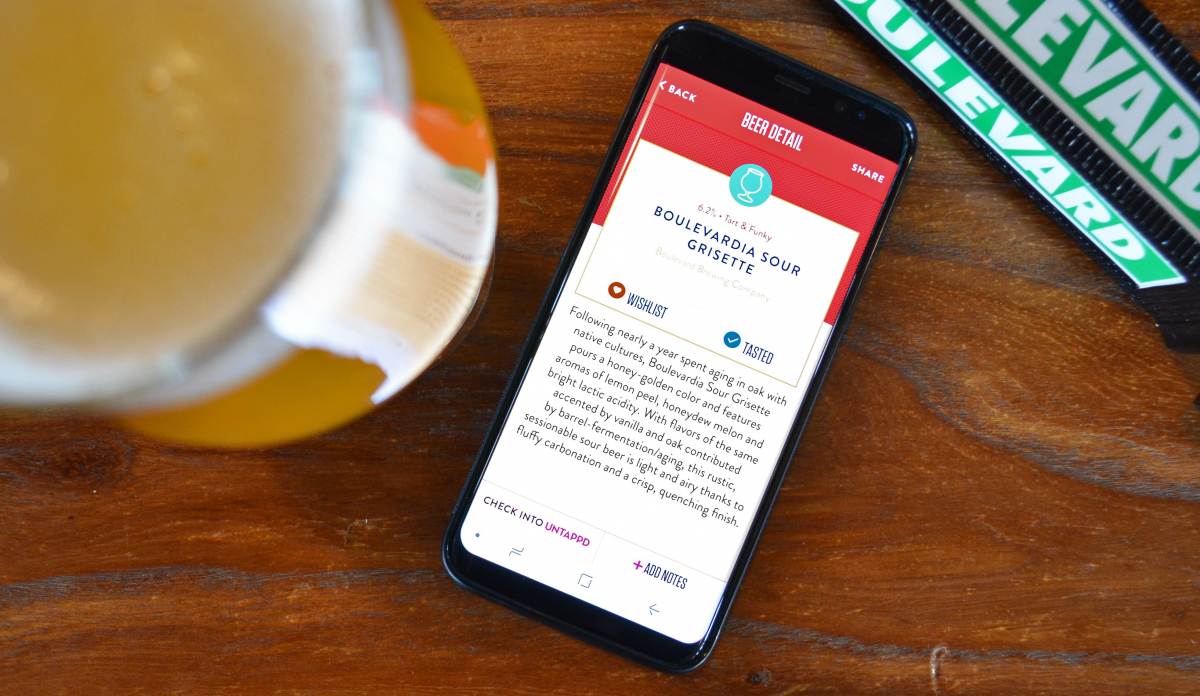 In the months leading up to Boulevardia 2014, we recognized that a festival bearing our name wouldn’t be complete without an official beer to call its own. With this in mind, we created Boulevardia Celebration Sour, a tart, refreshing session sour ale. In 2015, we worked with Cory King, the owner and brewer of Side Project Brewing In St. Louis, to create Show Me Sour, our play on a beer version of a whiskey sour. For 2016, we invited all Kansas City-based Taps & Tastes Experience breweries in to brew Boulevardia Berliner Weisse. Finally, for last year’s festival, we collaborated with our friends from Piney River Brewing in Bucyrus, Missouri to produce Boulevardia Sparkling Ale.

The planning for Boulevardia Sour Grisette began a couple of months before the 2017 edition of Boulevardia Taps & Tastes. Spurred by friendships with brewers and admiration for the sour/funky programs at Central Standard Brewing (Wichita, Kansas) 2nd Shift Brewing (St. Louis, Missouri) and Mikkeller Baghaven (Denmark), we embarked on a lengthy email discussion that eventually landed on brewing a sour, barrel-fermented grisette. In addition to contributing their creativity, knowledge and hard work, 2nd Shift and Central Standard provided specialty malt and hops.

The most familiar style that grisette bears relation to is the farmhouse saison and while slightly different they do share a similar purpose: post-work refreshment. In a piece for Draft Magazine, Kate Bernot notes that grisettes were for Belgian miners while saisons were for seasonal workers. To this end, grisettes are crisp, refreshing, easy drinking and (typically) lower ABV. For this reason, we feel that Boulevardia Sour Grisette will be a perfect accompaniment to a day spent taking in the sights of sounds of Boulevardia 2018.

Following nearly a year spent aging in oak with native cultures selected by Lead Brewer Ryan McNeive, Boulevardia Sour Grisette pours a honey-golden color and features aromas of lemon peel, honeydew melon and bright lactic acidity. With flavors of the same accented by vanilla and oak contributed by barrel-fermentation/aging, this rustic, sessionable sour beer is light and airy thanks to fluffy carbonation and a crisp, quenching finish.

Yeast/Aging
Boulevardia Sour Grisette was fermented in neutral oak barrels with the DuPont yeast strain and a mixed culture of lactobacillus and brettanomyces strains.

Blending
Following fermentation and aging, our partner breweries returned to Boulevard to taste the beer and blended in a small percentage of sour, barrel-aged wheat wine and the golden base beer for Love Child Blends totaling 10% of the final blend.