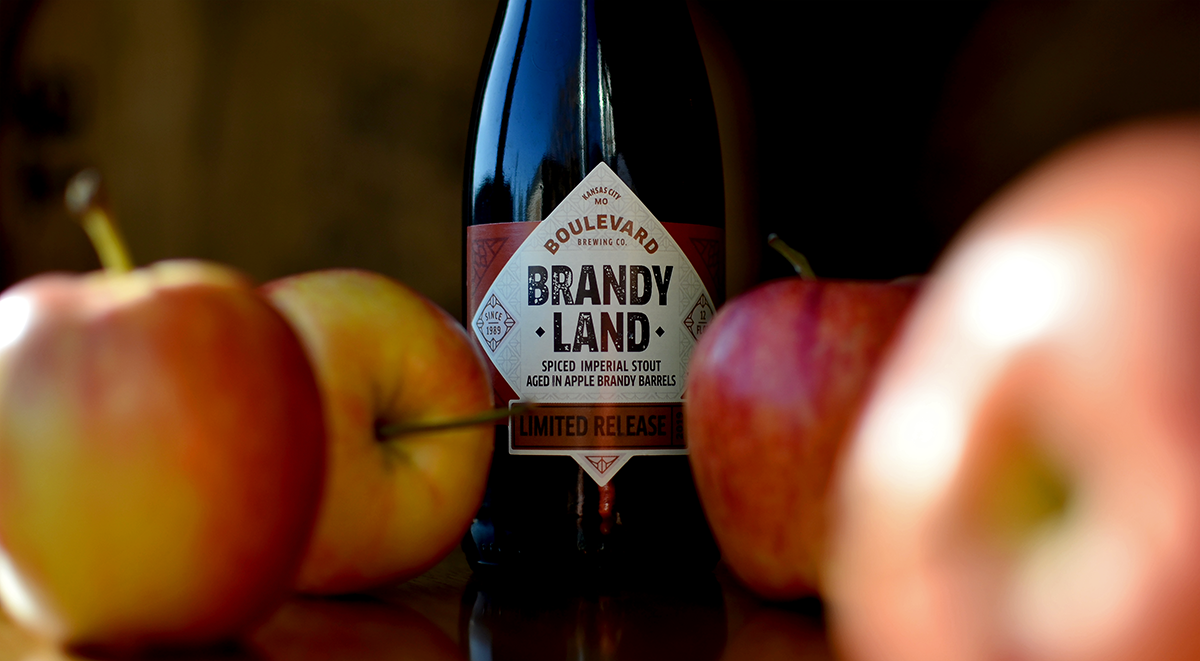 Tell us about this beer – how would you describe the taste? What is special about it?

We used a base beer that is higher in alcohol and brewed at a higher plato, so there is a lot more viscosity and a thicker mouthfeel with a chocolate/espresso-forward flavor. There are very subtle oak tannins from the apple brandy barrels, but overall the final product is very aromatic and fruity. The taste and aroma profile include vanilla, apple spice, apple liqueur, chocolate, cinnamon and mocha espresso.

It is a relatively new stout recipe that we’ve only used in a few small batch projects like Grand Cru, 30th Anniversary and Mocha Messenger Spiced Stout. We experimented with some new malts to achieve that chocolate-forward flavor and added viscosity.  It takes a lot longer to brew and is much more expensive, but it was definitely worth it.

These barrels are from a few different apple brandy providers to accommodate the amount we produced.

Anything else to add?

The barrels aged bourbon twice at a distillery, and were then filled with apple brandy once, which extracts a lot of the wood tannins. As a result, Brandy Land does not have a prominent tannin flavor. Together, the previous usage of the barrels give the beer complimentary chocolate/espresso flavors, as well as apple and spices.

What would you pair with this beer?