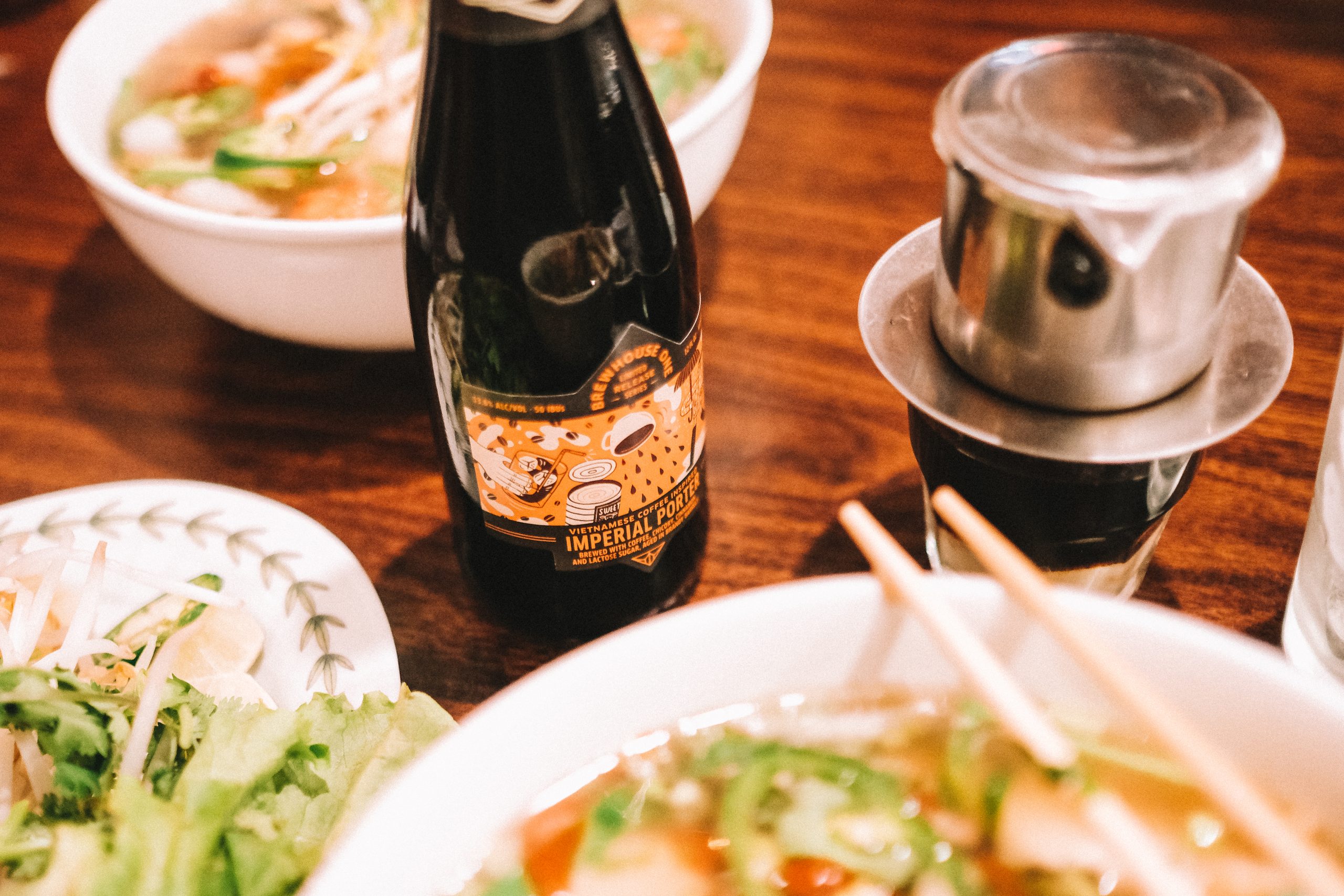 From the food stalls and street cafes of Hanoi to the bustling dining rooms of Vietnamese restaurants the world over, people have fallen in love with Vietnamese iced coffee, a rich, sweet treat even non-coffee drinkers can’t seem to resist. Now we’ve found a way to recreate the experience of sipping the cold, creamy drink — with a uniquely Boulevardian twist, of course.

Inspired by late-night dinners at Vietnamese restaurants where our brewers like to order cold beers, steaming hot bowls of Pho and creamy iced coffees for dessert, we proudly introduce the newest member of our Brewhouse One Limited Release Series of small-batch brewery-only releases: Vietnamese Coffee Inspired Imperial Porter.

Vietnamese coffee is a study in contrast. Each sip begins with a smoky bitterness from a dark roasted coffee bean, followed by a creamy sweetness from condensed milk. Our brewers realized that the flavor profile would be perfect barrel-aged.

This opaque jet black Imperial Porter bursts with strong aromas of Saigon Cinnamon. Under the cinnamon lingers a nutty Colombian coffee from our friends at Messenger Coffee that is enhanced by a smoky chicory coffee and a malt bill filled with different caramel and roasted malts. Huge additions of lactose sugar add sweetness to balance out the spice and smoke and create a luscious mouthfeel that perfectly mimics the namesake inspiration. The brandy barrels add complex layers of vanilla and oak to round out this inspired Imperial Porter.

Brewhouse One Limited Release – Vietnamese Coffee Inspired Imperial Porter will be released on November 27th at 11:00am in our Tours & Rec Center Gift Shop. 12oz bottles will be $9 and 4-packs will be $32. Limit two four packs per transaction. Draft pours will also be available in our Beer Hall, 8oz pours for $6.