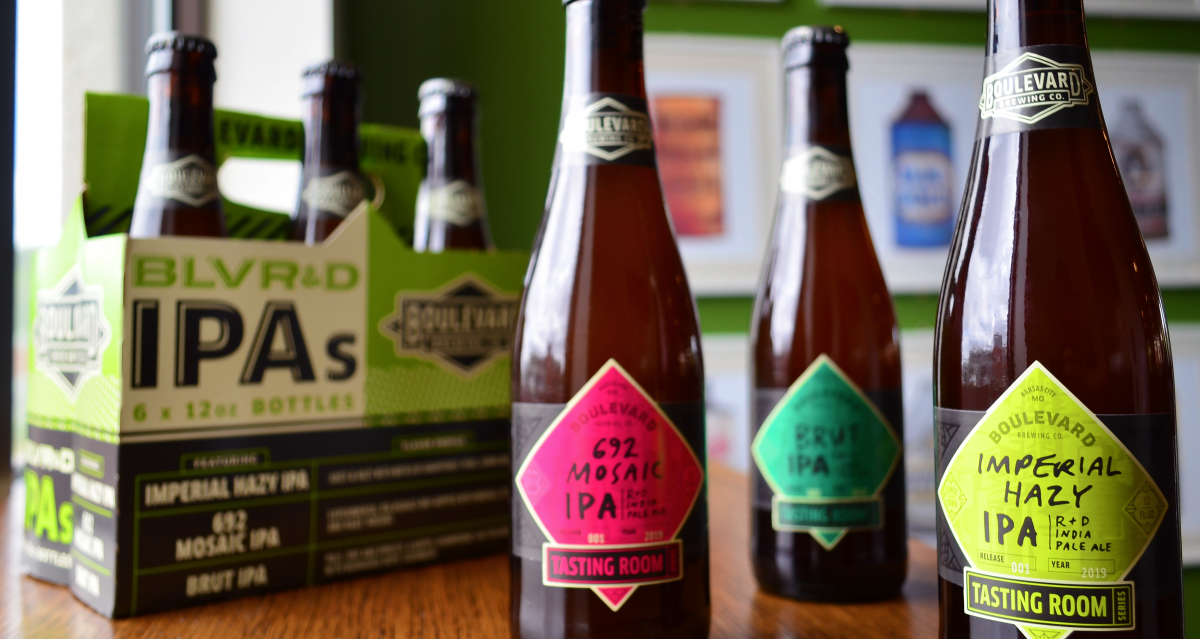 At Boulevard, our brewers love sharing small-batch, experimental and wild innovations with our friends and neighbors in the Beer Hall. The BLVR&D IPA Pack liberates three of their most beloved hop-forward creations. From dank and tropical to dry and spritzy, Imperial Hazy IPA, Mosaic 692 IPA and Brut IPA explore how different varieties and applications of hops influence every beer.

Available exclusively in a six-pack featuring two 12oz bottles of each beer, the BLVR&D IPA Pack drops in the Greater Kansas City Area beginning on Monday, May 6th with other regions to follow soon. While these beers will also be available on draft in the Tours & Rec Center, don’t expect to see BLVR&D IPAs as regular drafts in bars and restaurants.