Break out the Bob’s! 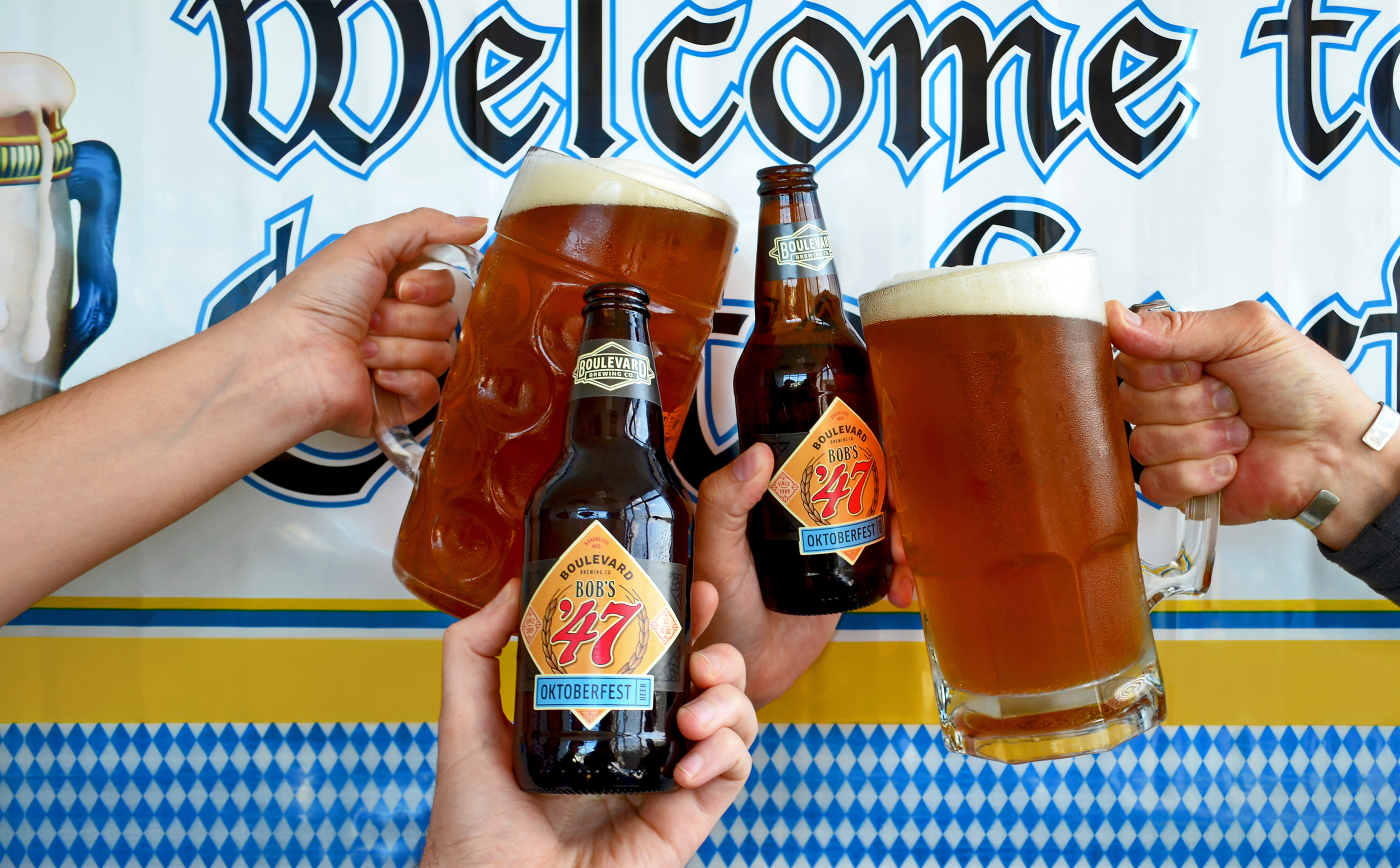 As summer draws to a close and the early mornings and late evenings become a bit more crisp, it’s time for one of our most anticipated seasonal beers, Bob’s ’47 Oktoberfest, to return! Released annually since 1993, Bob’s ’47 Oktoberfest will be back in the Greater Kansas City Area in six-packs of 12oz bottles and on draft on August 6th with other cities in the Midwest to follow in the coming weeks.

A tribute to former George Muehlebach Brewing Company master brewer and early friend and mentor to John McDonald, Bob Werkowitch, Bob’s (as it’s affectionately called around the brewery) is our take on a traditional German-style Marzen/Oktoberfest. To allow Bob’s ’47 adequate lagering time before its fall release, we typically brew the first batches in late May to early June. Following a three week primary fermentation, Bob’s ’47 is crash cooled and lagered at 32 F until packaging. This period of cold maturation allows flavors to mature and meld resulting in an incredibly smooth and delicious fall beer that showcases herbal/woody Vanguard hops against a toasted malt background.

As with all seasonal and limited release beers, please note that we do not have access to our distributors delivery schedules and will be unable to confirm when Bob's '47 is available near you. Your best bet is to give your favorite local spots a call to ask if they know if/when they'll receive Bob's '47.