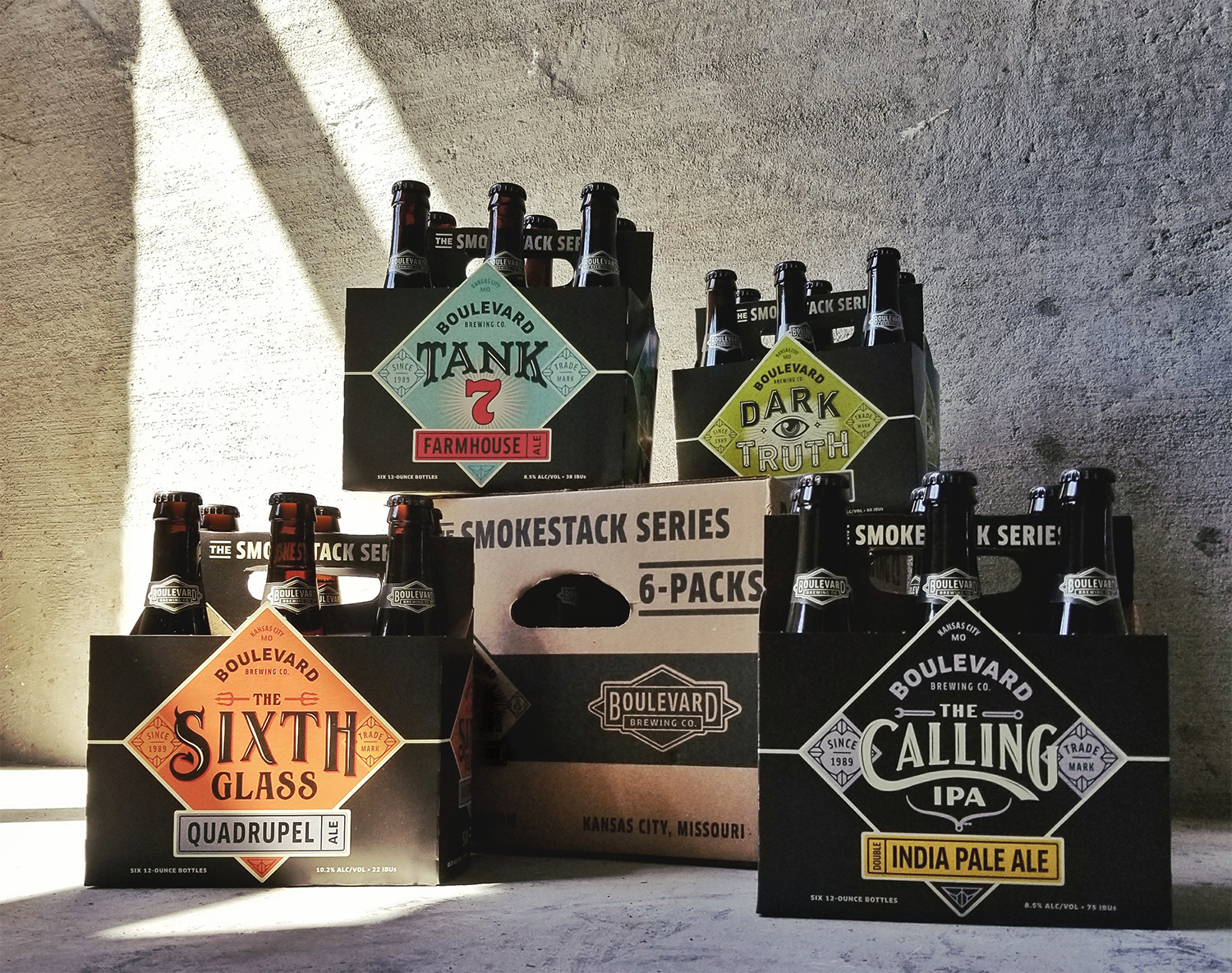 Ten years ago, we released the original Smokestack Series beers - Double-Wide IPA, Long Strange Tripel, Saison and The Sixth Glass. We knew we were onto something, but it’s safe to say we didn’t realize how quickly these beers would catch on or how popular they would become. The Smokestack Series debuted as year-round four-packs in 2010 and we continued to expand the selection, most recently, adding two new year-round barrel aged beers to the mix.

Never satisfied and always seeking new (and better!) ways to get beer to you, we are excited to announce that many of your favorite Smokestack Series beers will be transitioning from four-packs to six-packs. That’s right, more beer at a better value!

Tank 7, The Sixth Glass, Dark Truth Stout and The Calling Double IPA will become available in six-packs starting in early October! As this change occurs, four-packs of these beers will be phased out.

So all Smokestack Series beers are moving to six-packs?
Nope, not all. Some limited releases and our year-round barrel aged beers, Bourbon Barrel Quad and the newly introduced Whiskey Barrel Stout, will continue to be available in four-packs.

When will (my favorite liquor store) in (my beautiful state) see the new six-packs of Smokestack Series beers?
Timing will vary based on location, but we’ll see the transition happening this fall nationwide. You can help by purchasing any and all four-packs you see left on the shelf. Thanks in advance!

What will the price be for Smokestack Series six-packs?
While its important to note that we don’t have direct input in determining the final retail price of our beer as we sell it to independent wholesalers who in turn sell to independent retailers, we’ve set the price to distributors in such a way that should result in six-packs being right around $14.99.

Sooo, I’m paying more for Tank 7 than I was before?
Yes and no, or maybe, no and no. Upfront, sure, you’re committing to purchasing six bottles instead of four, but the price per ounce when purchasing a six-pack is actually lower. If the average priced four-pack is around $10.99 and includes 48 ounces of beer, you’re looking at a cost per ounce of 22.9 cents. With new six-pack pricing that will be right at $14.99, each ounce of beer will cost you 20.8 cents. You end up with two more beers and some extra change. We’d call that a win-win.