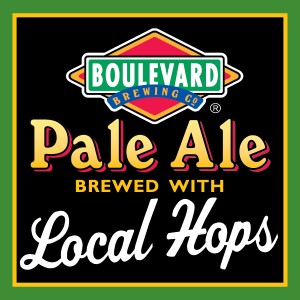 Following the traditional brewing and fermentation process for Pale Ale, we suspended bags of wet, whole cone Chinook hops in a stainless steel fermenter much in the same way we dry-hopped Last Splash and in previous years, Nutcracker Ale. After the yeast had been removed from Pale Ale, our brewers transferred the beer onto the hop bags and allowed them to rest for a few days to infuse all of the beautiful flavor and aroma oils found in the wet hops. Royal describes their Chinook hops as, “…a high alpha hop with wonderful herbal, almost spice and pine characteristics with subtle notes of grapefruit.” We feel that incorporating the hops during dry-hopping allows the spicy, herbal qualities to marry with the grapefruit, citrus notes we see from late hopping Pale Ale with Cascade on the brewhouse.

Opening with a floral, citrus aroma followed by a mellow, toffee-like flavor from caramel malts, Local Hop Pale Ale gives way to spicy, grapefruit notes from the wet Chinook hops and finishes with a slight lingering sweetness offset by a touch of grassy/green character. 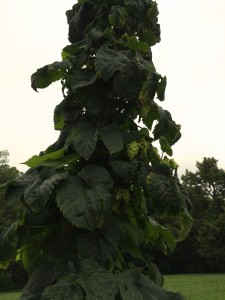 Local Hop Pale Ale, at 5.4% ABV and 30 IBU, is a one time release and will be available exclusively on draft in the areas listed below.