We recently shared our 2015 release calendar and we’re very excited to remind you that the next year will see us introduce at least twelve new Boulevard beers. Since the inception of the Smokestack Series in 2007, we’ve stressed the importance of experimentation and play when it comes to our approach to brewing. In this spirit, we’re proud to introduce a new year-round Smokestack Series IPA, The Calling: 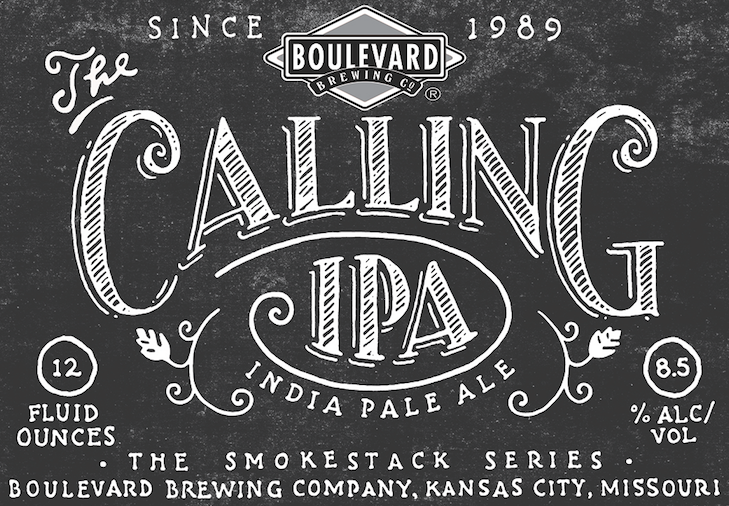 The Calling, which will be available on draft and in four packs of twelve ounce bottles, is the result of several months of hard (delicious) work by our brewing team who sought to create an IPA with a juicy, tropical fruit aroma that leaps from the glass. A simple malt base composed solely of our two row base malt serves as a platform for giant, punchy hop flavor and aroma provided by a blend of Simcoe, Bravo, Topaz, Cascade, Mosaic, Equinox, Galaxy, and Amarillo hops. Read that sentence again. We are not messing around here, folks. The Calling also receives an addition of lemon peel during the last five minutes of the boil to add an extra citrusy punch. At 8.5 ABV and 75 IBU, The Calling is the IPA we knew we had to brew.