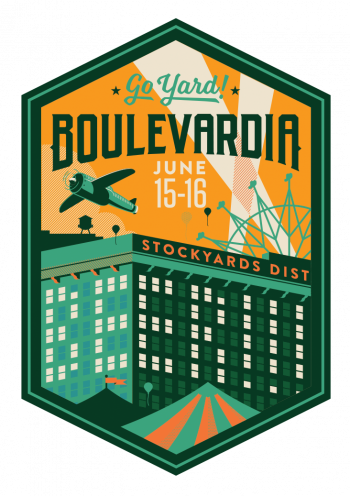 KANSAS CITY, Mo. (May 2, 2018) – For the upcoming fifth annual Boulevardia, Boulevard Brewing Company, the festival’s title sponsor, teamed up with its friends from 2nd Shift Brewing, Central Standard Brewing and Mikkeller Baghaven to brew the official beer for the 2018 festival. Boulevardia Sour Grisette will be available in draft format throughout the festival grounds on Friday, June 15 and Saturday, June 16, as well as at the Taps & Tastes experience the afternoon of June 16.

“We brewed the base beer last June with select ingredients from our collaborating partners when they were in town for the 2017 Taps & Tastes,” said Steven Pauwels, Boulevard brewmaster. “After nearly a year aging in oak with native cultures selected by our Lead Brewer Ryan McNeive, Boulevardia Sour Grisette pours a honey-golden color and features flavors and aromas of lemon peel, honeydew melon and bright lactic acidity. Accented by notes of vanilla and oak contributed by aging, this rustic, sessionable sour beer is light and airy with a crisp, quenching finish."

Located in Kansas City, Missouri, Boulevard Brewing Company is the largest specialty brewer in the Midwest, dedicated to the craft of producing fresh, flavorful beers using traditional ingredients and the best of both old and new brewing techniques. Its collaborators on the Sour Grisette are 2nd Shift Brewing from St. Louis, Missouri, Central Standard Brewing in Wichita, Kansas, and Mikkeller Baghaven from Copenhagen, Denmark.

More information on ticket packages, entertainment lineups and schedules and other fun facts about the festival may be found at boulevardia.com. Additional details about artisans, food and beer, and other activities at Boulevardia will be announced soon.

About Boulevardia
The two-day urban street festival will take place June 15th and 16th in Kansas City’s Stockyards District, the area surrounding the Livestock Exchange Building. The event features a craft beer and food sampling experience, music from local, regional and national acts, as well as family activities, entertainment, shopping and eco-education, all in a unique urban setting. Learn more about the 501(c)(3) non-profit festival at boulevardia.com, facebook.com/boulevardia, twitter.com/Blvdia and instagram.com/blvdia.