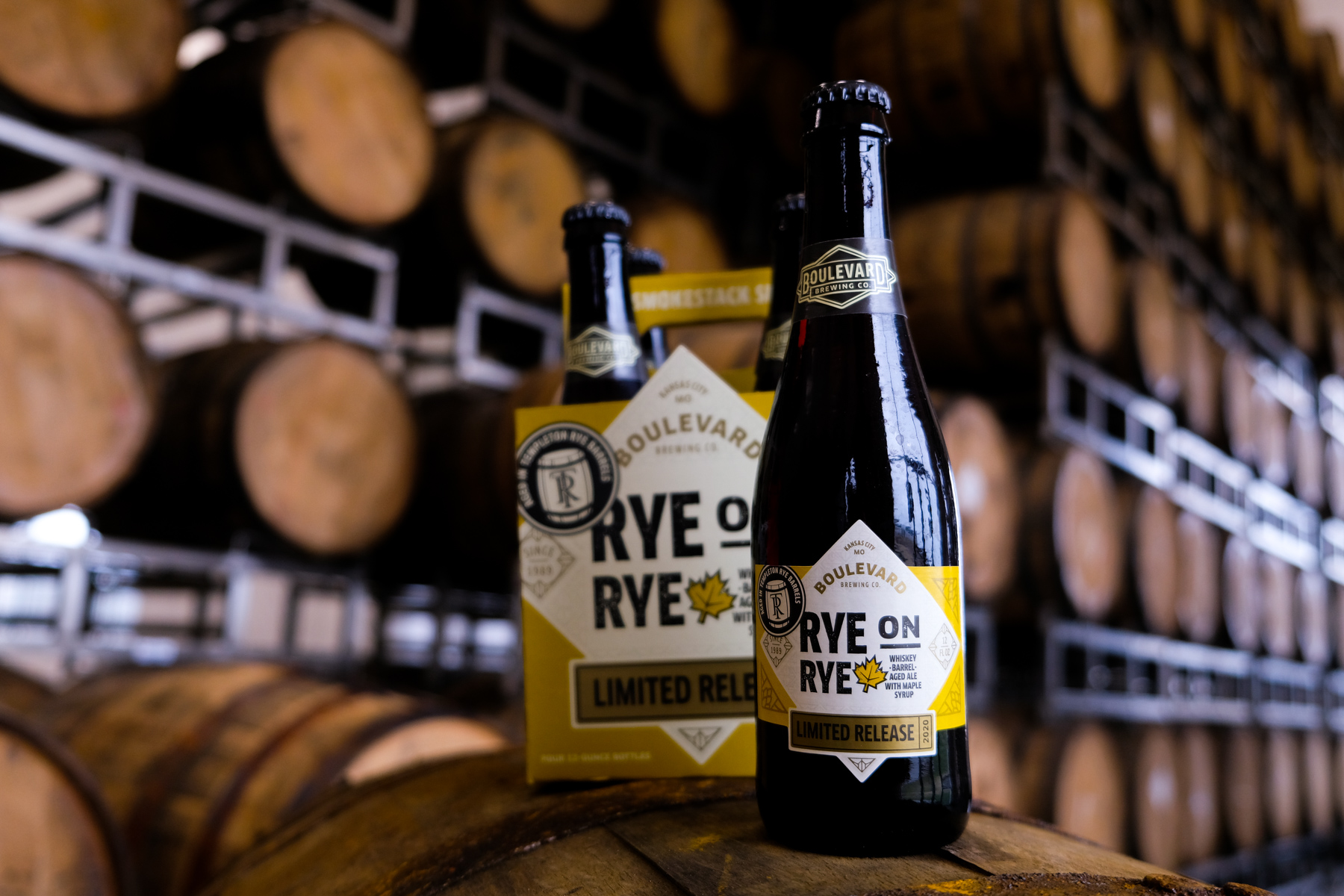 Patience, great barrels and creative brewers – that’s what it takes to make a world-class, barrel-aged beer. We have all three here at Boulevard Brewing Company.

When we received a shipment of barrels from our good friends at the Templeton Rye Distillery we knew had something special. These weren’t just any barrels. Before they made their way to Boulevard, they were used to age Templeton Rye 4, then filled with Vermont maple syrup for two months, then re-filled with whiskey to create Templeton Rye Maple Cask Finish.

They were the perfect vessel for our brewers to take Rye on Rye — a complex yet approachable ale that defies categorization — to the next level. Exactly what that level would be was up to our barrel wranglers, who regularly tasted from each barrel, waiting for the magical mingling of beer, maple syrup, and whiskey.

Aged to perfection, this newest iteration of Rye on Rye is bold and complex, with aromas of maple syrup (duh!), caramel, butterscotch, hazelnut and oaky vanilla that emanate from the glass. The finish on each sip is deceptively smooth for a beer with these epic levels of robust booze character.

4-packs of Rye on Rye Maple will be available in the Greater Kansas City area starting April 6, with other regions in our distribution footprint to follow in the coming weeks.

This year’s blend comes from aging our Rye on Rye base beer four different ways: