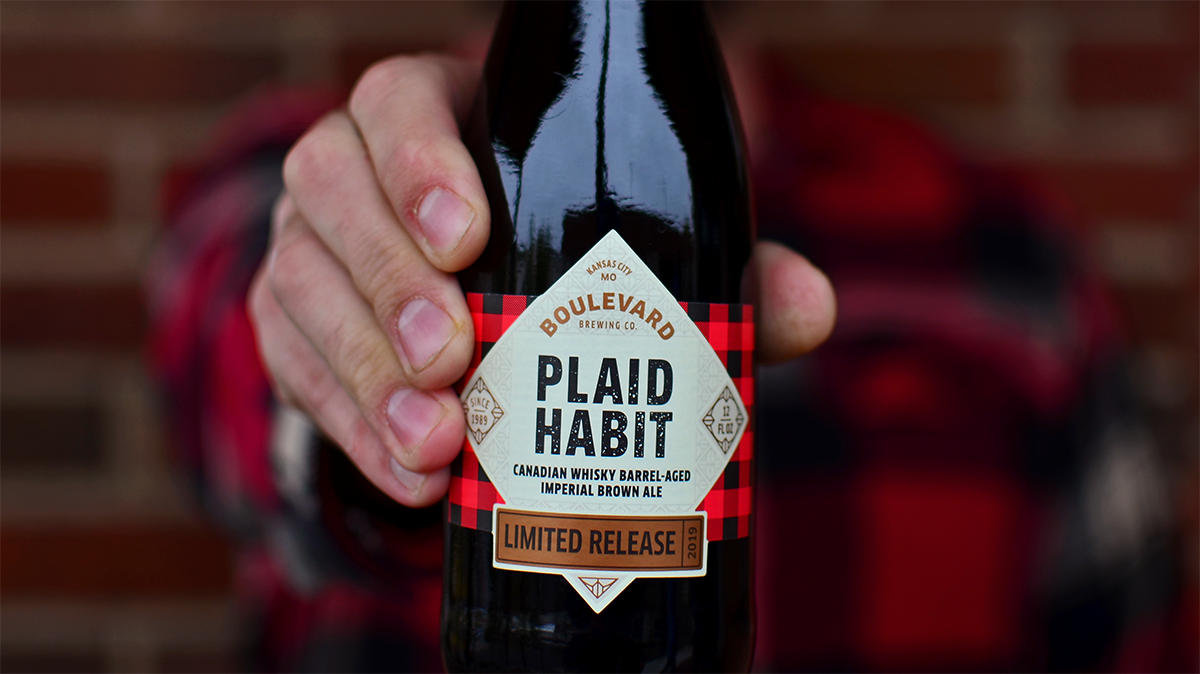 Originally debuting in 2018, Plaid Habit was born a double-mashed imperial brown ale, matured for 18 months in freshly emptied 10-year Canadian rye whisky barrels. Featuring checkered notes of rich vanilla, charred oak, warming whisky and spicy rye, it was a huge hit, and since that initial release, we've received many questions regarding if and when we'll bring it back. So, to answer them all at once: yes, and now! (Well, starting in a week, anyway). Plaid Habit debuts starting in the Greater Kansas City Area on Monday, November 4th with other regions that typically see Smokestack Series Limited Release beers (Rye on Rye, Smooth Fuzz, Love Child series) to follow in the coming weeks. Look for Plaid Habit in four-packs of 12oz bottles and on draft. Please note that we do not have access to our distributors’ delivery schedules and will be unable to confirm when this beer is available near you.