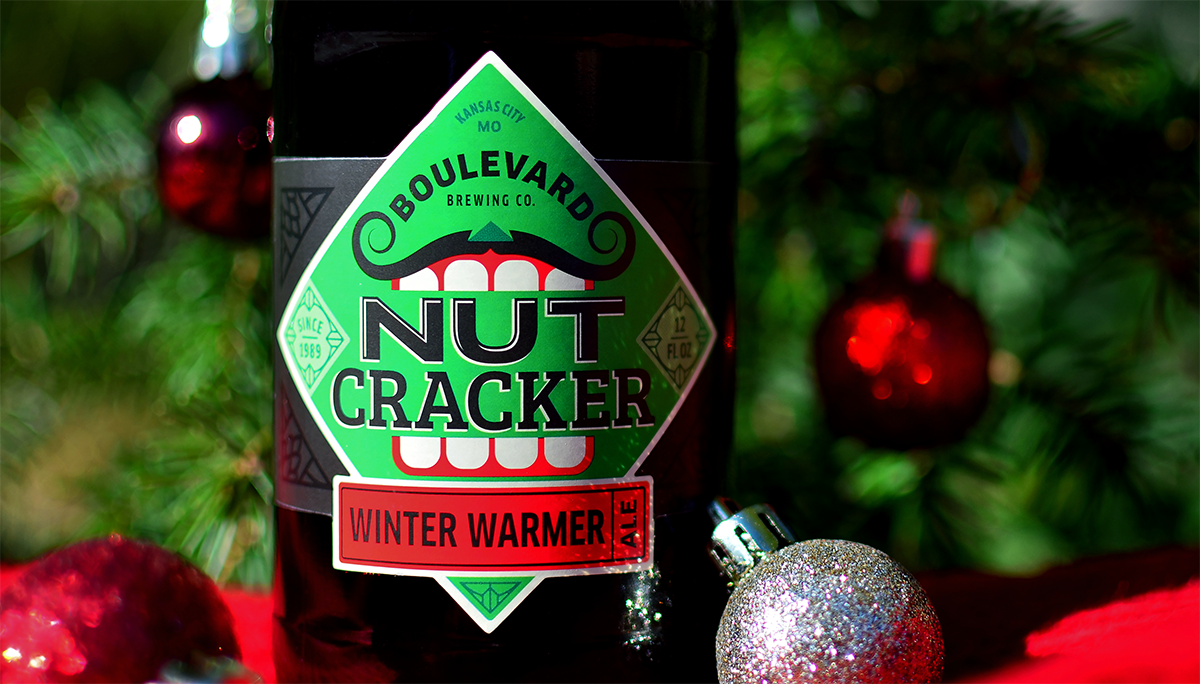 Brewed annually since 1995, Nutcracker Ale returns to taps and shelves beginning in the Greater Kansas City Area on October 28th, 2019 with other regions to follow!

A showcase of spicy Chinook hops, Nutcracker Ale is best classified as a winter warmer ale. Arguably English in origin, more traditional examples of the style (Nutcracker included) are not spiced while some iterations are spiced following the wassail tradition: with cinnamon, cloves and nutmeg. Dating back to its inception, Nutcracker Ale has never been spiced, but the zesty character of the Chinook hops often leads folks to believe they’re drinking a spiced beer.

Just shy of 40 IBUs, Nutcracker Ale leans heavily on Chinook hops for bold flavor and aroma, but the malt base is quite robust featuring layers of complexity provided by a blend of two-row pale malt, Amber 50, Cara 300, Munich malt and just a touch of malted wheat. This complexity is deepened by additions of golden brown sugar and dark brown sugar midway through the boil. Nutcracker Ale is hopped with Magnum, Chinook and Cascade on the brewhouse and dry-hopped with Chinook just before the end of fermentation.

And just as in years past, 2019 Nutcracker Ale bottles will once again feature every single employee’s name and how long they’ve been at Boulevard on the neck labels. Names are randomly mixed in as the labels are loaded on the labeling machine and are spread throughout our distribution network. Be sure to look for your friends and family, and revisit our Meet the Beer Elves 2017 and Meet the Beer Elves 2018 blog posts to see if you spot any previously featured employees!

Regions that typically see Boulevard seasonal beers like Irish Ale and Bob's '47 should expect to see Nutcracker Ale in the coming weeks. Please note that we do not have access to our distributors' delivery schedules and will be unable to confirm when Nutcracker Ale is available near you.