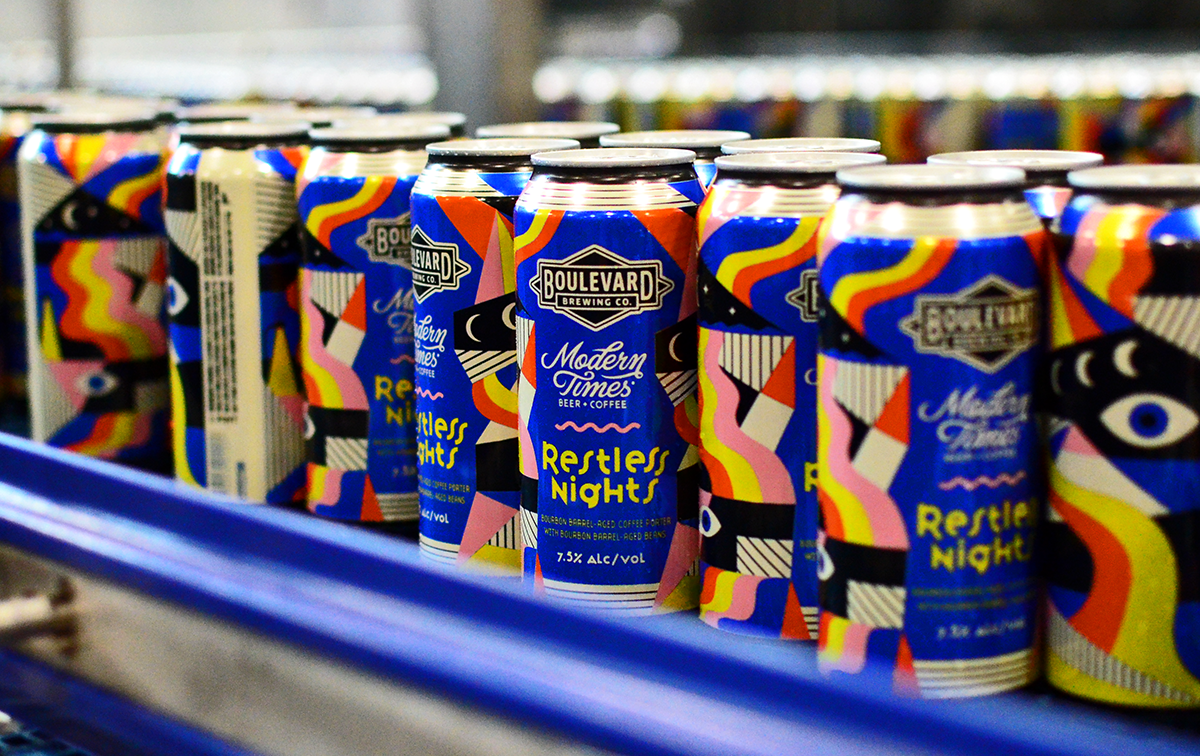 A collaboration with Modern Times Beer + Coffee, this beguiling blend of fresh porter and barrel-aged porter was brewed with ten varieties of malted barley, wheat and oats. Following fermentation, this inky brew rested on bourbon barrel-aged coffee for two days, infusing trace notes of ripe fruit, citrus and rich vanilla. Look for it to hit shelves and tap handles in KC starting September 30, with other areas throughout our national distribution footprint to follow.

Modern Times is an intrepid cadre of brewers, coffee roasters and culinary wizards named after a beautifully crazy utopian community founded in 1850. Today, they are a brewery and tasting room in the Point Loma neighborhood of San Diego.

How did this collaboration come together?

Ryan: As we get more into experimenting with artisanal coffee, cellar techniques and barrel-aging, it seemed like a natural fit for this project. We’ve always been fans of their beer, so we reached out and asked if they would ever be interested in collaborating. It came together pretty quickly after that.

Can you explain the barrel-aging process?

In this case, the base beer was 50% barrel-aged in my favorite distiller’s bourbon barrels for six months and then blended with 50% fresh beer. The recipe is a spinoff of a 14% ABV whiskey barrel-aged imperial porter that we are making for 2020 that includes a lot of our favorite malts, and even though we brought down the ABV, the final blend is still big enough to stand up to the coffee and barrel flavors. It’s a different porter than anything we’ve ever released in the past.

What coffee beans were used in this blend? When were they added to the beer?

Ryan: The coffee blend is 40% bourbon barrel-aged Colombia Silvia and 60% freshly roasted Colombia Heriberto coffee, which was added to the fresh beer, then blended with the BA beer. The process was pretty rad. We took about seven hours hanging and bagging the coffee before we pushed the beer on top to age for a couple of days on whole coffee beans.

Tessie: Both of these coffees I sourced from our connection, Accresco, in Salgar, Colombia. They are about 3 hours outside of Medellin. I got to visit these farms in February and see their operations, it was an incredible experience! They operate seven farms and one nursery, as well as their own wet mills. They partner with a dry mill in the town of Salgar, and have quality control pretty much through the entire supply chain. It is a family owned and operated business, I got to pick coffee alongside 3 different generations of the family. 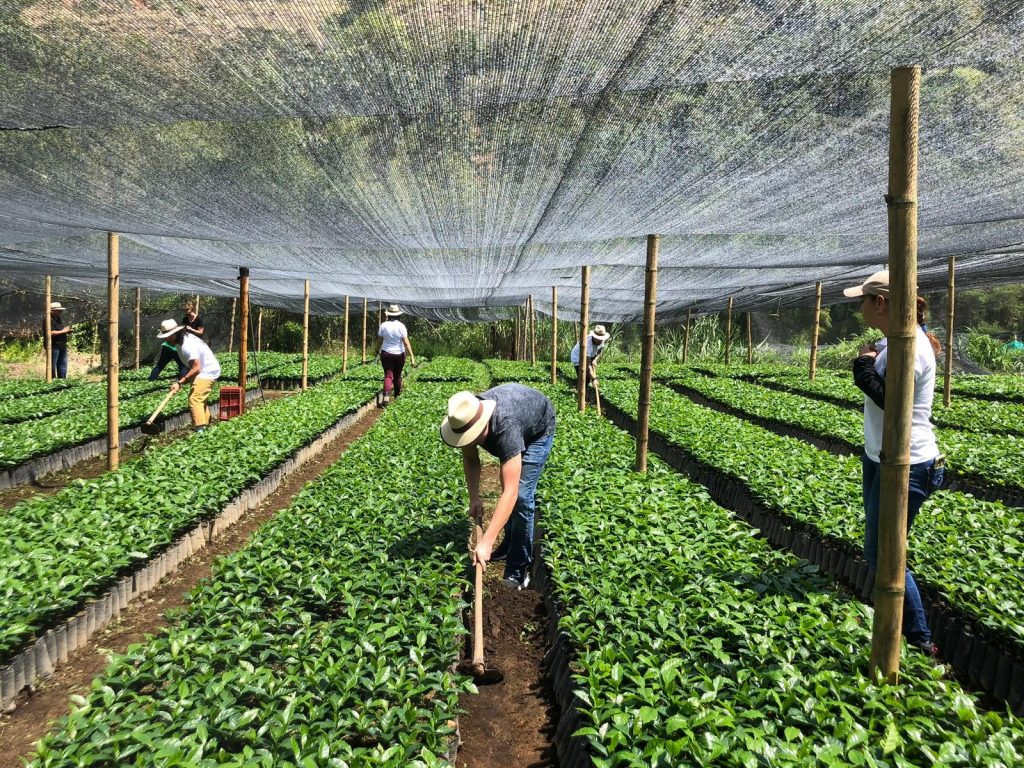 How would you describe the taste of this beer?

Ryan: This is one of the most complex beers we’ve ever made. Even without an extremely high ABV, there is a lot of body and malt flavors from the 10 malts used. Obviously the barrel-aged beer and barrel-aged coffee give off great whiskey aromatics and tannins that blend into a truly artisanal flavor.

What would you pair with this beer? 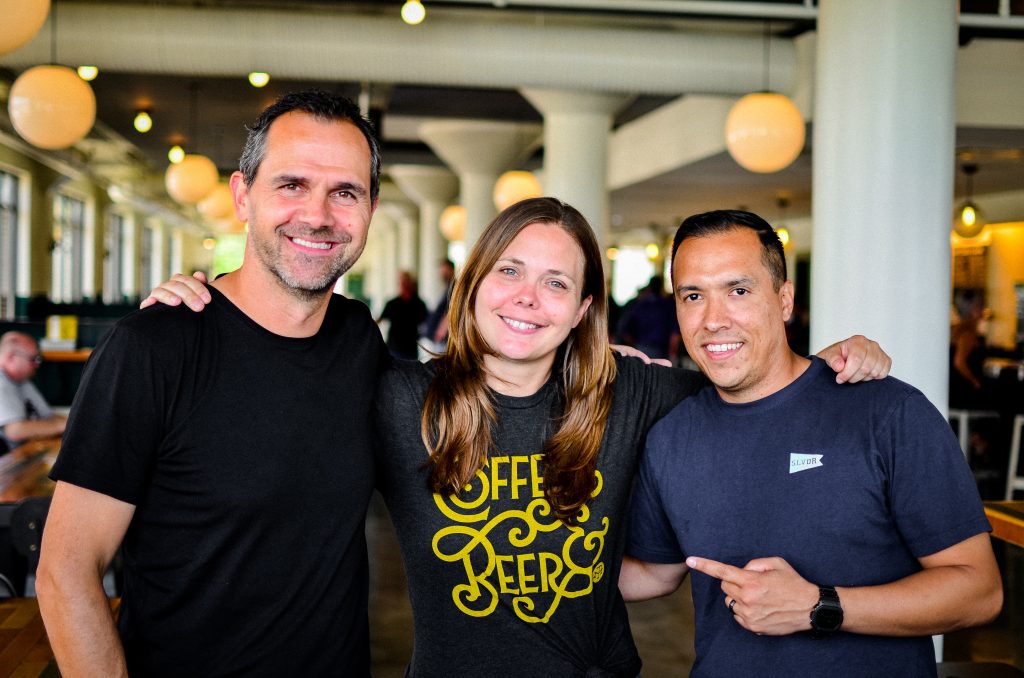