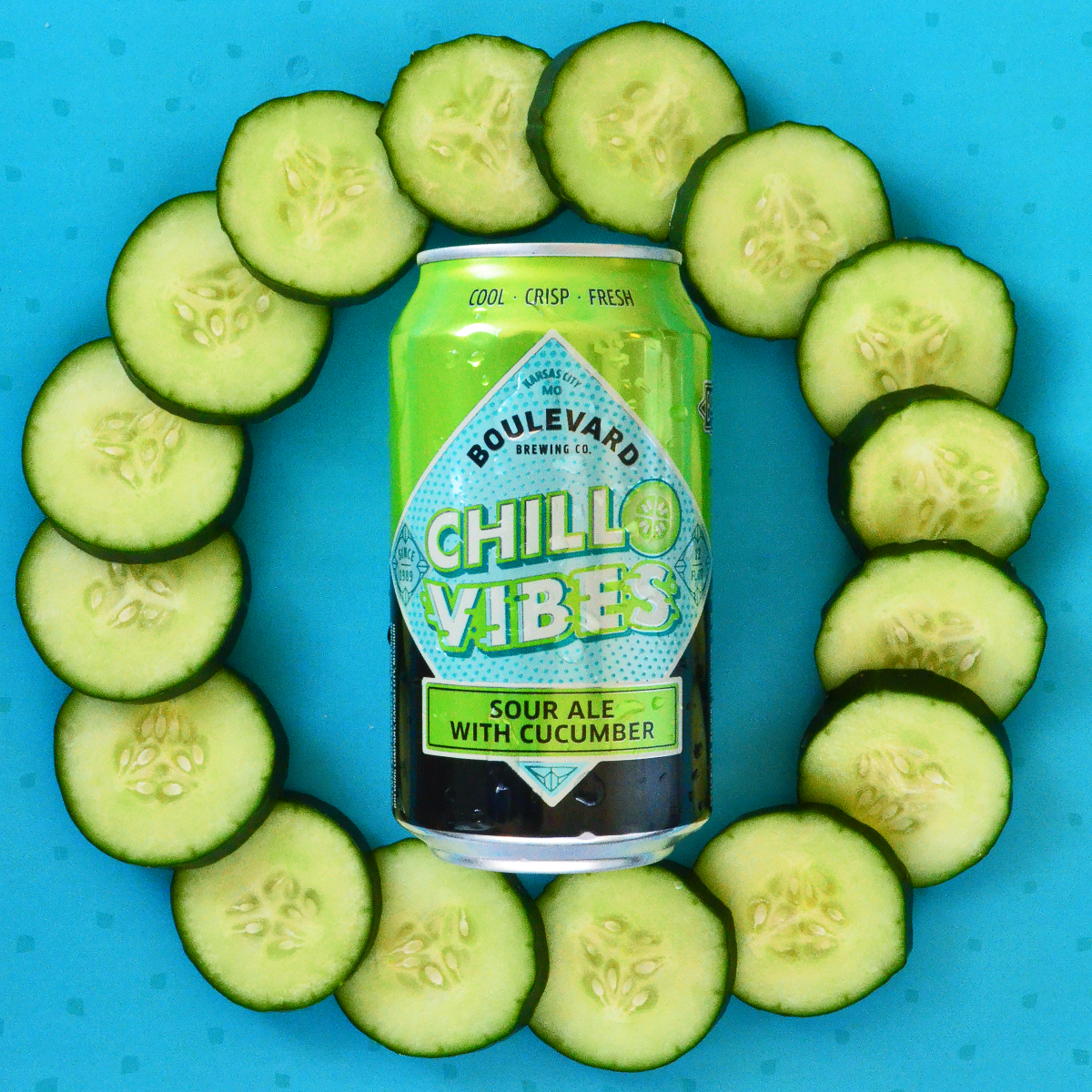 Chill Vibes Sour Ale with Cucumber was made for the lazy days of summer when self-care and relaxation are the only things on your to-do list. Available seasonally, Chill Vibes releases on draft and in six-packs on Monday, August 5.

What’s the story behind this beer?

I had a keg of Berliner Weisse that I was experimenting with, and since our brewmaster Steven had asked me to “fruit” them, I kind of thought cucumber would be a funny prank to include in the mix, but then it actually ended up tasting pretty great. The brewers dialed in the recipe, and we scaled it up on the brewhouse, testing it side by side in the Beer Hall with other flavors like tangerine popsicle. The people voted, and Chill Vibes was a winner. I also LOVE pickles, so I’m personally very excited to see this beer get a national release.

Are there real cucumbers in the beer?

We use something called cucumber essence. Unlike most “natural and artificial flavors” which use food grade chemicals to replicate natural aromas, essences are the result of using actual cucumbers put through the distillation process.

What base beer is used for Chill Vibes?

The base of this beer is our Berliner Weisse, a sour wheat ale that originated in Germany. This classic style was crafted using our house ale yeast and house kettle sour blend (lactobacillus) to produce lactic acid.

How sour is it?

That’s a bit subjective, but I’d say it’s well balanced.  The target pH is 3.4, making it a little less sour than lemon juice, which has a pH of 3.

What are the primary tasting notes?

Our sensory panel shared words like crackery, clean, smooth, effervescent, mouthwatering cucumber with a sour taste that isn’t over the top.