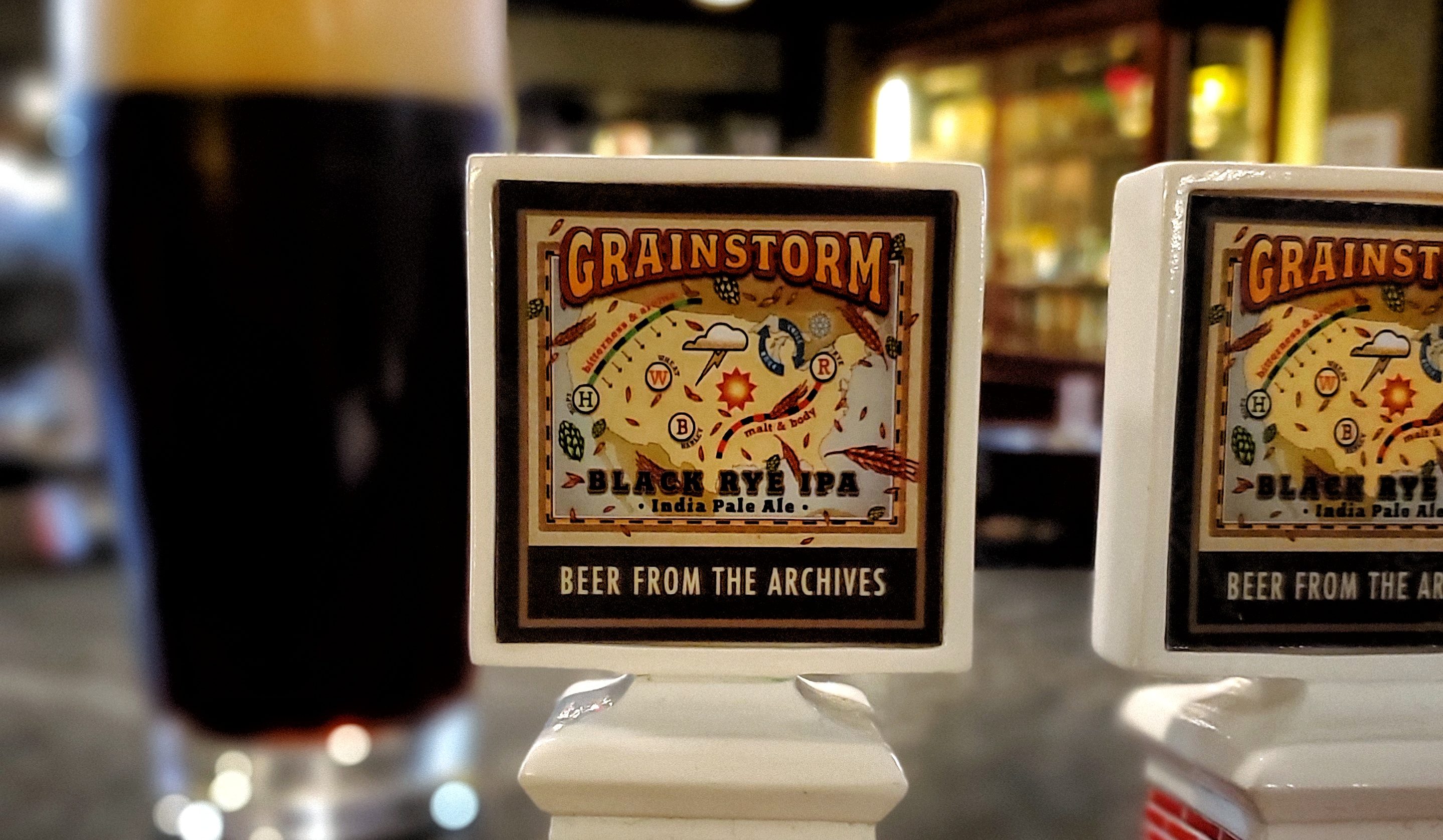 Later this year, we'll celebrate the 30th anniversary of Boulevard Founder John McDonald delivering the very first keg of Pale Ale to Ponak's Mexican Kitchen on November 17th, but we want the celebration to last all year. One of the ways we're starting the party early is by rereleasing three retired fan favorite recipes. We started with Boss Tom's Golden Bock in March and we're keeping things rolling with the return of Grainstorm Black Rye IPA on Monday, May 20th. In order to keep our normal production moving smoothly, each beer will be a draft-only release exclusively in the Greater Kansas City Area and Lawrence, but we will offer crowlers to go in the Tours & Rec Center Beer Hall.

In the spirit of turning back the clock with Grainstorm, I humbly present the same blog post I wrote back in 2013 to announce the beer's release.

People often ask where brewers get ideas for new beers. Sometimes we wake up from a dream where we've had this fantastic beer in a bizarro version of our favorite drinking spot and immediately reach for a notepad to jot the idea down. Sometimes food can inspire, as was the case for Dark Truth Stout—Brewmaster Steven Pauwels returned from a lunch where he'd eaten a piece of bread that was made from five different grains. And finally, a good drinking session with fellow brewers often serves as the inspiration. This is how Grainstorm Black Rye IPA was born.

We had kicked the around the idea of making this style for a few months and finally a spot opened up on our production calendar for us to create a new beer. The idea to include rye in the ingredients was suggested by one of our brewers. None us had ever brewed a black IPA before so we weren't quite sure where to start. This is where things got fun. We sent our sensory team out to grab some beers for us to taste: black IPAs, porters, stouts that were more hop forward and beers brewed with rye. Our team lucked into a fairly nice fall day and gathered together on the patio just outside our tasting room to do some, well, tasting. At this point, you might inquire as to the difference between tasting and drinking. Most brewery folks would agree that the drinking starts when the thinking stops. I'll admit it, this sounds a bit like mumbo jumbo for us to justify drinking at work, but it really is true. We tasted a wide variety of beers, jotting notes and discussing the varieties of flavors and aromas we found in each. It's important to point out that we never taste another brewery's beer with the intention of cloning that beer, but rather to discover what it is we like or dislike about each beer. Then, we try to write a recipe that makes every member of the brewing team happy. Sometimes this is very easy. Sometimes it's very hard. This time, it was fairly easy.

The best way to build a black rye IPA, in our opinion, was to formulate what we thought was a very good rye IPA. and then add specialty grain to make it dark in color. We wanted to influence the beer’s color, but not create a beer that had strong roasted or chocolate character. Midnight Wheat from Briess ended up being just the ticket to give the beer a dark color without the typical flavors associated with darker malts. It was a goal of ours for this beer to produce a completely different hop profile than any beer Boulevard had previously brewed, so Amarillo and Simcoe were chosen as the impact hops for this beer. It's true, Tank 7 does feature Amarillo, but the Simcoe added a pungent, punchy character that changed the aroma and flavor quite a bit.

The first test batch of what was being called “Test Black Rye IPA” was brewed, fermented, dry-hopped and filtered soon after the recipe formulation meeting. By most standards, we're a super humble group, but the first time this beer was tasted, we knew we’d killed it. Grainstorm ended up being unlike any beer previously brewed at Boulevard and the recipe turned out to be spot on. Besides upping some of the amounts of the late hops and dry hopping, the beer that's going into bottles and kegs to be released to the public is very close to the original test batch we brewed. Grainstorm truly was born from the brainstorming session of a bunch of brewers.

Grainstorm Black Rye IPA will begin showing up on draft walls exclusively in the Greater Kansas City Area, Lawrence, Kansas, and our Beer Hall starting on Monday, May 20th. Please note that we do not have access to our distributors' delivery schedules and will be unable to confirm when Grainstorm is on tap near you.