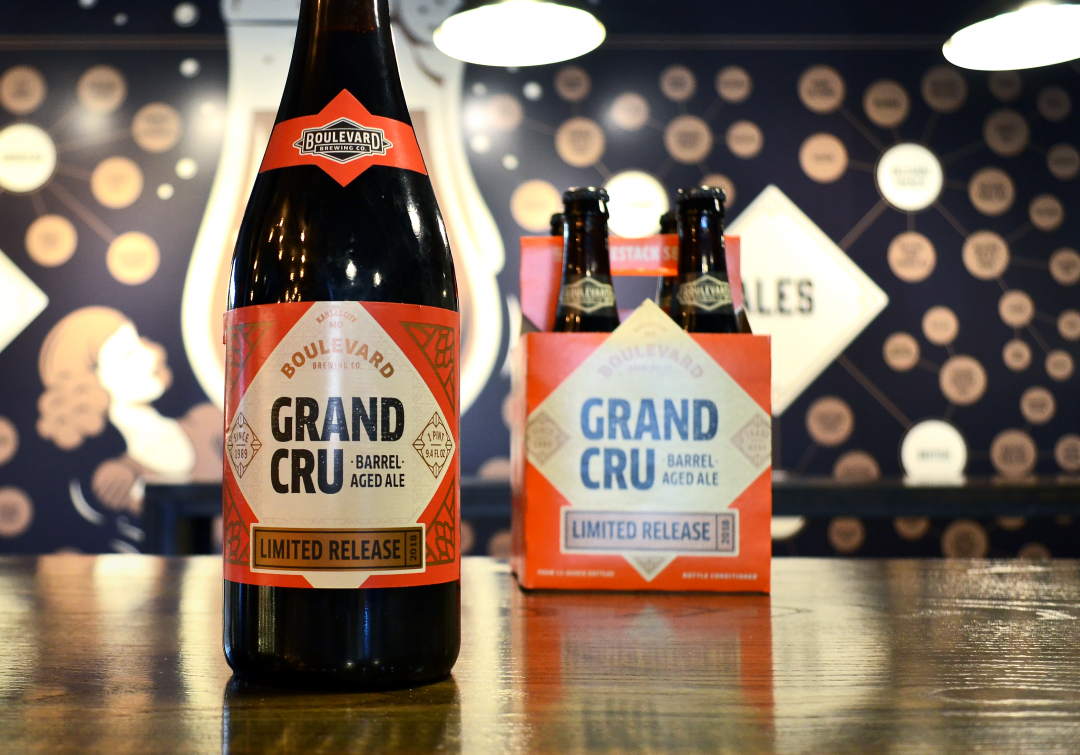 Given the dedication to our barrel-aging program, the love we have for blending and the tremendous time we had creating Collaboration No. 6 – Barrel-Aged Blend with our beer brothers and sisters from Firestone Walker Brewing Company back in 2016, we’ve decided the time is right to release a barrel-aged blend of our own. Beginning on March 5th, Grand Cru will be released in 750ml bottles and four-packs of 12oz bottles in the Greater Kansas City Area with other regions to follow in the coming weeks.

Grand Cru, a term that brewers have borrowed from vintners for years, literally translates to “great growth,” but has come to be used to represent a special blend or a release that is of the highest quality. To create our Grand Cru, brewers selected lots of Bourbon Barrel Quad and a double mashed imperial stout aged in freshly-emptied whiskey barrels to express the most distinctive elements of each beer, creating a delicious whole that’s even greater than the sum of its parts.

Grand Cru is composed of these beers:

Bourbon Barrel Quad - 40%
Based loosely on the Smokestack Series’ The Sixth Glass, this abbey-style quadrupel is separated into a number of oak bourbon barrels where it ages for varying lengths of time, some for up to three years. Cherries are added to make up for the angel’s share of beer lost during barrel-aging. Selected barrels are then blended for optimum flavor. The resulting beer retains only very subtle cherry characteristics with toffee and vanilla notes coming to the fore.
Alcohol by Volume – 11.2%
IBUs – 26
Color – 74 EBC