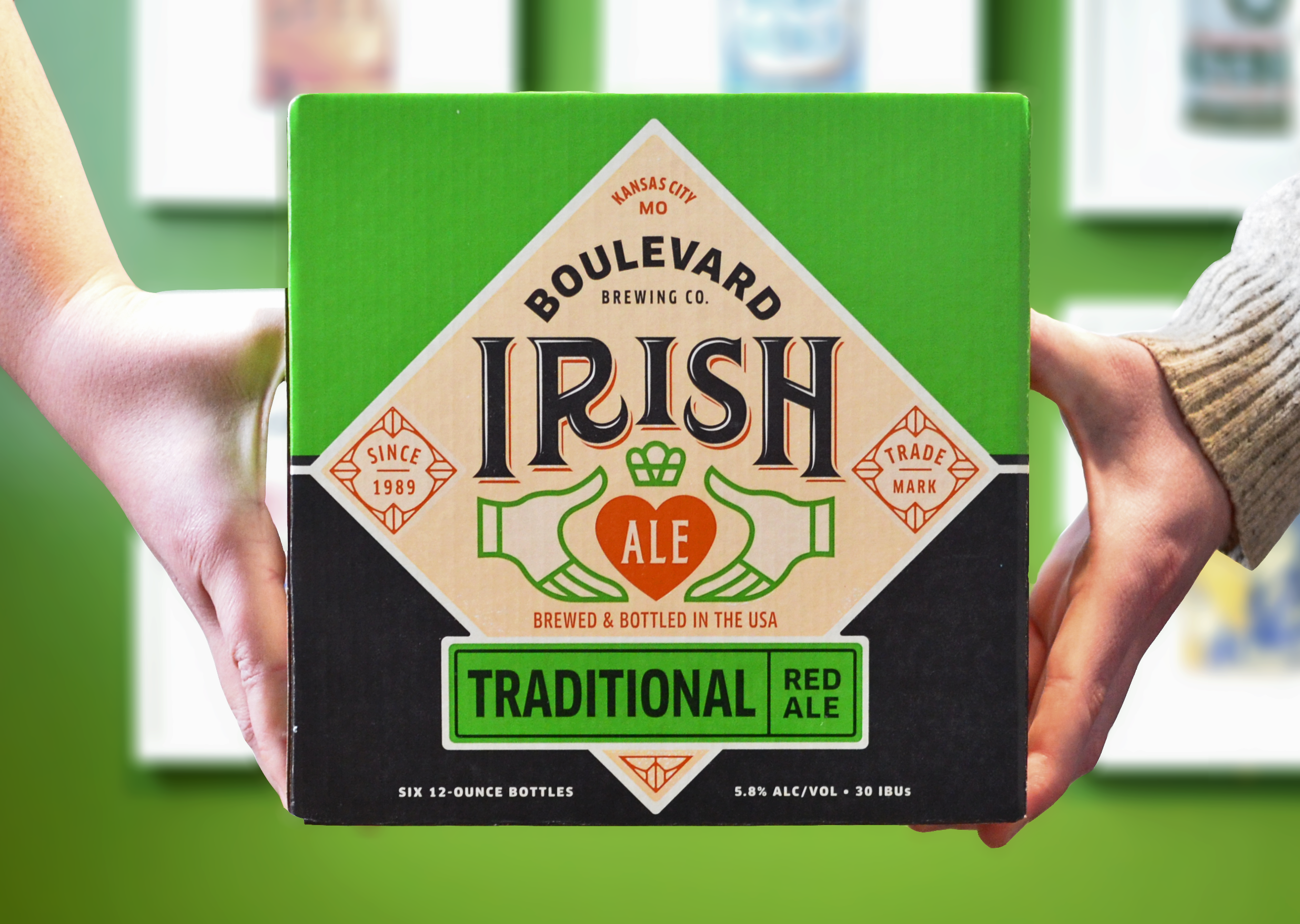 Brewed annually since 1990, Irish Ale, by far our longest tenured seasonal beer, will return starting in the Greater Kansas City Area on Tuesday, January 2nd with other regions to follow soon.

Our homage to the legendary Irish red ales, Irish Ale is our variation on the early English and Irish pale ales. At Boulevard, we believe that a good beer begs you to have another and take this philosophy to heart when crafting our beers. Irish Ale is no exception. It's a beer that is suitable while the Midwest weather is still quite chilly, yet with its crisp and toasted malt characteristics, it proves a very drinkable beer even as winter breaks and we approach St. Patrick’s Day.

Beginning with a base of our two row malted barley, our brewers layer toffee, caramel and biscuity notes contributed by Munich, Amber 50, Cara 120, Cara 300 and just a touch of chocolate malt. Magnum and Bravo hops provide a supporting, balancing bitterness while late-hopping during the boil with Saaz adds a slightly spicy/floral punctuation to Irish Ale. Fermentation with our house English ale yeast strain lends subtle, fruity esters that harmonize with a slightly sweet, bready malt character that trails nicely (and deliciously) to earthy, herbal Saaz overtones.