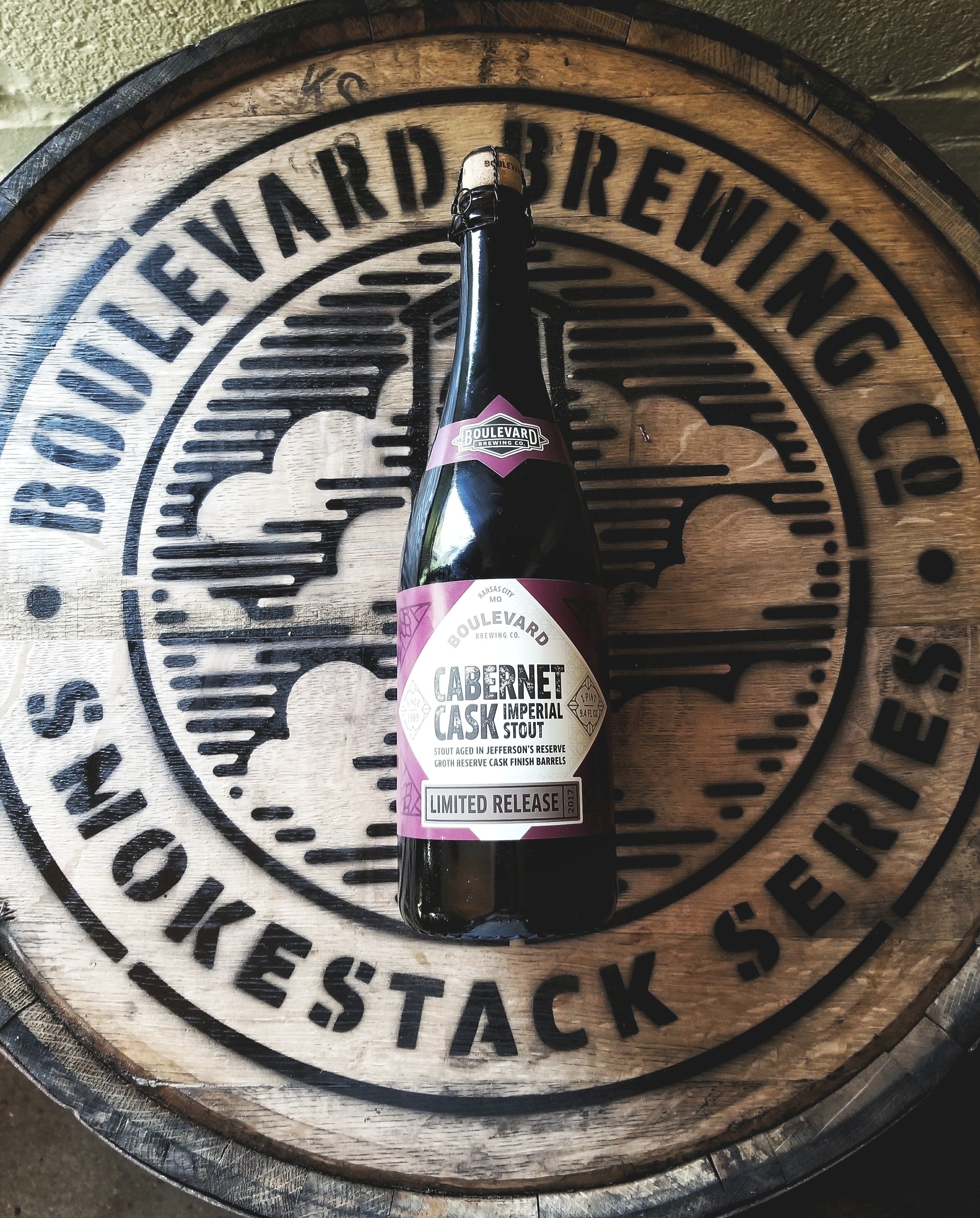 Not long ago, we connected with the good folks from Jefferson’s Bourbon to begin an informal (yet beer serious) collaboration project. It all began with the arrival of barrels that had previously held an iteration on the classic Manhattan cocktail followed by acquiring barrels that had previously held Jefferson’s Reserve Groth Reserve Cask Finish Very Old Straight Bourbon Whiskey. While the project involving the Manhattan barrels is ongoing, the time has come to unleash Cabernet Cask Imperial Stout.

Following the packaging of the above mentioned (incredibly lengthily named whiskey), our barrel crew took possession of the barrels from Jefferson’s Reserve and immediately filled them with the base beer used to produce Imperial Stout, a prior Smokestack Series Limited Release. Over the course of nearly two years, our beer rested in the barrels coaxing out flavors of charred oak and vanilla alongside beautiful notes of blackberry and cinnamon from the whiskey all linked together with dark and dried fruits contributed by the cabernet as well as the Scottish yeast strain used to ferment the base beer. Cabernet Cask Imperial Stout is 100% barrel-aged.

Cabernet Cask Imperial Stout will debut starting in the Greater Kansas City Area on September 12th with other regions to follow in the coming weeks. Expect to find this decadent beer in locations that typically see Smokestack Series Limited Release beers like Rye on Rye on Rye and Saison Brett. Cabernet Cask Imperial Stout will be available exclusively in 750 ml bottles.