Another Update!
We’ve just heard from the state and are excited to share that Show-Me Sour now has Missouri registration approval. You’ll recall that we were unable to sell Show-Me Sour during Boulevardia due to a much larger than normal backlog of label approvals in Missouri.

We’ve been in touch with Cory and Karen King from Side Project Brewing in St. Louis and have our calendars marked for an event in our Tasting Room on September 10th. We’re also in the process of planning an event to be held at Side Project Cellar. While we know that these will be awesome, well attended events, we also know that there’s just no way we’ll pour through the entire batch at two events. For this reason, Show-Me Sour is going on tap in the Boulevard Brewing Company Tasting Room today and kegs may pop up at beer events throughout the Midwest in the coming weeks.

Please stay tuned for more details on the collaboration events to be held in our respective tasting rooms.

Important Update Regarding Show-Me Sour
In April, we announced that we were working on a collaboration beer with our friend Cory King, owner/brewer of Side Project Brewing in St. Louis, that we planned to serve exclusively during Boulevardia. Due to circumstances beyond our control, we regret to inform our fans that Show-Me Sour has not yet received registration approval from the State of Missouri. It’s an amazing time for beer in the Midwest, but the unfortunate side effect of the craft beer boom happening in Kansas City and throughout the state is that the office that handles the approval of new beers is operating under a tremendous backlog. Prior to this influx of new beers and breweries, we would typically receive registration approval for a new beer within 21 days. With this timeframe in mind, we submitted the proper forms and expected approval several weeks before Boulevardia. The current processing time has ballooned to nearly 45 days.

As a result of this, we are unable to legally sell pours of Show-Me Sour at any of the bars located throughout Boulevardia. We will, however, still be able to pour samples for folks who are attending the sold out Taps & Tastes Experience.

We’ve already been in touch with Cory King and plans are underway to host events at Side Project Cellar, owned and operated by his wife Karen, and at Boulevard Brewing Company. Once we’ve received notification of registration approval, we’ll move forward with sharing those plans with you.

Again, we apologize that for this unfortunate situation and look forward to sharing Show-Me Sour with you as soon as we are able.

In the months leading up to Boulevardia 2014, we recognized that a festival with the scope we were planning wouldn’t be complete without an official beer to call its own. With this in mind, we created Boulevardia Celebration Sour, a tart, refreshing session sour featuring fresh citrus and black pepper notes from the use of Pacific Jade hops and a brief rest on virgin oak. After tasting the beer from the tank, we knew we were on to something, but were taken by a bit of surprise when festivalgoers drained all 1,240 gallons of Celebration Sour. Given the overwhelming success of the beer, we’re happy to share that 2015 will see a brand new beer brewed to celebrate Boulevardia, Show-Me Sour.

In addition to crafting a new beer exclusively for the festival, we’ve invited a very special guest and friend of the brewery to join Boulevard’s Brewmaster Steven Pauwels on the brewhouse. Cory King, brewer and owner of St. Louis based Side Project Brewing and The Side Project Cellar with his wife Karen, has been working with Steven through a series of phone calls, emails and late night texts. Known for brewing a critically acclaimed portfolio of oak aged and fermented beers, King jumped at the chance to work with Steven saying, “I am incredibly honored to be brewing with Boulevard! Over the years, Karen and I have made some great friends there and to now share a brewing day with them is amazing.” King continues, “The inspiration for the beer came from our mutual admiration of low ABV, Belgian table beers. Being that Side Project ages everything in oak, I asked Steven if that would be an option for this beer and he said that Boulevard had just acquired some really cool barrels. A touch of acidity, some dehusked black malts for a rich, dark color followed by a short time in whiskey barrels before being blended back with fresh beer should make for a nice, round 4% beer that’s unique and inviting.” Show-Me Sour is our play on a beer version of a whiskey sour. 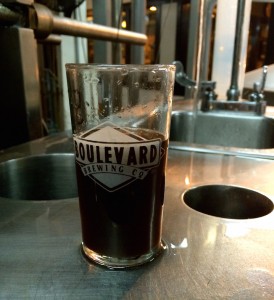 This sample of Show-Me Sour wort was taken during lautering.[/caption]

Brewed to be exclusively available during Boulevardia and at The Side Project Cellar, kegs of Show-Me Sour will be tapped during Taps & Tastes as well as the festival at large to give all festivalgoers the opportunity to taste what will no doubt be a very special beer.

Cory King is the brewer and co-owner of the St. Louis based Side Project Brewing and The Side Project Cellar with his wife Karen King. Side Project Brewing is a unique, small-batch operation that focuses on blending and yearly, vintaged releases. What began as a dream and a side project has now grown into their 100% barrel-aged brewery. Passion, experimentation and patience drive the creation of their rustic saisons, wild ales and spirit barrel-aged ales. 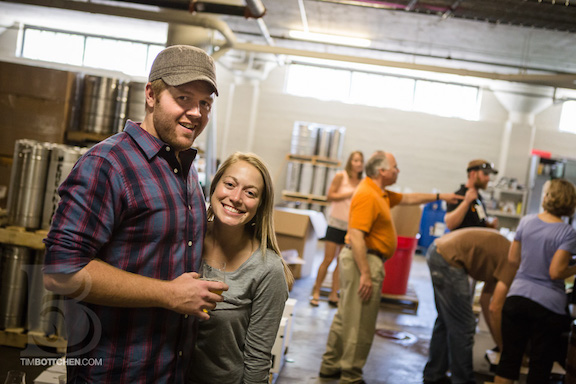